Is Taking Human Life Ever Justified?

I recently published a Blog post entitled, “Is Capital Punishment Wrong?“ A Christian Brother  on LinkedIn named Brian read the post and left the comment below:

“Interesting article. I have a question – your article focuses on an example at a micro level regarding taking human life; what about a macro level? How would you use scripture to justify the innocent lives taken in WWII (using your initial example from the article) at Hiroshima and Nagasaki?”

I suspect your definition of innocent and God’s definition is somewhat different, Brian.

I have two counter-questions for you: 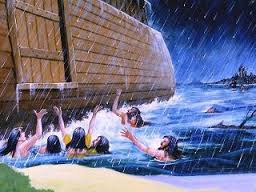 When God wiped out the entire population of planet earth (beside Noah and his family) how many “Innocent” children did He kill?

When God killed the first born of EVERY Egyptian household how many of them were “Innocent?”

Here’s another question for you: Can one person be held accountable for the actions of another?

When Israel was entering the Promise Land under Joshua’s leadership a man named Achan disobeyed God and stole something which resulted in God’s anger.

Here’s what happened when he was found out, “Then everyone took Achan and the things he had stolen to Trouble Valley. They also took along his sons and daughters, his cattle, donkeys, and sheep, his tent, and everything else that belonged to him.

The people of Israel then stoned to death Achan and his family. They made a fire and 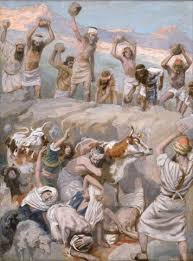 burned the bodies, together with what Achan had stolen, and all his possessions.

They covered the remains with a big pile of rocks, which is still there. Then the Lord stopped being angry with Israel.” Joshua 7:24-26 (CEV)

Did you notice that the Lord was angry with the entire nation because of the actions of one man?

In other words… They were guilty by association!

Can the citizens of a nation pay the price for the actions of their leader? God says yes!

Brian, every human being has an area of jurisdiction allowed by God… Divine authority over people and geographic areas for which you are accountable.

If you’re single it’s just you and your possessions.

If you are married it’s you, your family and possessions.

Your actions and decisions as the head of your household directly affect everyone under your jurisdiction.

Achan’s kids found this out the hard way!

When you’re the leader of a nation the entire nation is under your jurisdiction and your actions affect every citizen.

Both Pharaoh and David found this also to be true.

Japan’s leaders attacked the United States thereby declaring war. When this happened they are the ones who put their citizens at risk.

The American President’s forceful response in no way indicates guilt on his part nor on the part of the American people… The death of every Japanese citizen by those bombs in Nagasaki and Hiroshima lays squarely on the heads of Japan’s leaders.

In 1st Chronicles 21 God allowed David to choose the punishment for his disobedience and one of his options was Israel’s citizens being destroyed for 3 months by their enemies.

My advice is for you to re-think your concept of innocence, Brother. When Japan declared war on America it wasn’t just it’s leaders or it’s military… it was JAPAN declaring war!

When Achan sinned, God was angry with the ENTIRE nation of Israel.

When David sinned it’s the “innocent” citizens who paid the price for his disobedience.

When Pharaoh wouldn’t let God’s people go it was the Egyptian people who became guilty before God and paid with the life of THEIR first born sons.

When those bombs dropped on Nagasaki and Hiroshima there were no innocent people on the ground… Not according to the principles of the word of God.

The horrors of war are real and I feel deeply for every person affected by the dropping of those bombs but that does not alter the fundamental principles of the kingdom of God.

Is It Ever Right to Take Human Life? 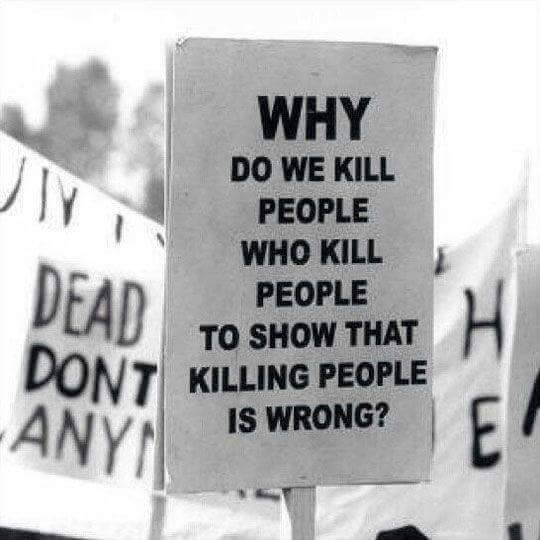 Here’s how I responded to this question:

At face value this question seems to put those who defend Capital Punishment in an awkward position, however, for us to intelligently consider the question we must include two vitally important words… Justly and Unjustly.

To you who posted this question on the internet: The reason you have the freedom to sit in the safety of your home in 2015 and ask such a question is because somebody felt justified in killing people who were unjustly killing other people during 1939-1945.

In WWII freedom-loving individuals selflessly fought (and killed) those who would take away YOUR freedom from YOU, so you could sit in the comfort and safety of your home and ask such philosophical questions on the internet!

Whenever someone UNJUSTLY takes a human life (even in times of peace) it is JUSTIFIED that the criminal’s life be forfeit for that crime… That is called JUSTICE!

Here’s what God thinks about your question, “I will require the blood of

anyone who takes another person’s life. If a wild animal kills a person, it must die. And anyone who murders a fellow human must die.

If anyone takes a human life, that person’s life will also be taken by human hands. For God made human beings in his own image. Genesis 9:5-6 (NLT)

I agree with God!

According to God there are times when killing someone is right, and good and just.

That is a simple fact of life!

Before you even THINK about replying, first consider this… If someone is determined to murder your loved ones and the only way to prevent it is for YOU to take his life first… Will you???

If your answer is YES, then your question is either ignorant or hypocritical.

If your answer is NO (and you have a family) then your wife and kids are in serious trouble having YOU as a protector.

If you don’t have a family you need to reconsider becoming anyone’s husband or father because you’re saying that you are NOT prepared to do whatever it takes to defend their lives against someone who would take it away from them.

If you’re female the principle remains the same.

If someone were directly threatening the life of YOUR child and the ONLY way to stop it was to take that person’s life first… would you do it?

ADVICE TO EVERYONE: Before you ask questions like this in public take some time and sit a while considering the issue from different angles.

Put yourself in the situation and actually imagine a real life scenario then ask yourself what you would be willing to do or not do, were you actually faced with the choice.

If you are a Christian then you absolutely need to study the Scriptures to understand God’s perspective on the matter BEFORE you make your thoughts public.

May God give us the spirit of wisdom and revelation in the knowledge of Him that the eyes of our understanding be enlightened.