Now that I have your attention…

A significant paradign shift has apparently just flown under the radar.

A Black Man, Ahmaud Arbery, has been stalked, gunned down and murdered in the street for absolutely NO REASON, other than he was BLACK… AND IT WAS ALL VIDEO TAPED but America seems to have moved past it like it never happened!

You say to me, this happens all the time, why is this a Paradign Shift???

Tell me if you notice a difference… 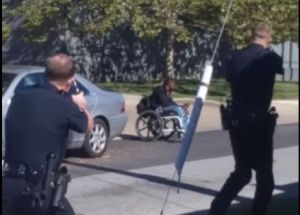 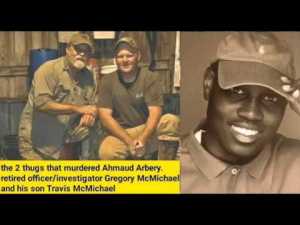 When White People no longer feel the need to hide behind a badge and uniform to hunt and kill us… that’s a Paradign Shift!

I could end this Post right here and just let that simmer, but…

There’s something that’s been stuck in my craw for a while that just won’t leave me.

Dr. Martin Luther King Jr. was a Christian Preacher who saw an injustice so he extended his Pulpit to the streets and made his voice heard, initiating a movement that swept a country and impacted the world.

Black people are being slaughtered in the streets like animals by Racists, both in and out of uniform and I’m wondering, where is the Christian Church???

Where is the National outcry???

When Hitler’s racist rhetoric began taking root, the Christian Church was silent in Germany and 10 million people were exterminated by the Nazis.

Most of us know about the 6 million Jews but aren’t familiar with the 4 million other people who were killed because they also were considered different.

When you remain silent as your neighbors are exterminated for being different, it won’t be long before YOU are considered different enough to suffer the same fate.

Consider this… How much time did Jesus spend behind the four walls of a Synagogue as opposed to going out into society and ministering to the public?

I’m not saying we should all become street preachers but if we consider that most of society congregates on Social Media, shouldn’t we be using this forum to aggressively denounce that which God hates?

“These six things the Lord hates, yes, seven are an abomination to Him: A proud look, a lying tongue, HANDS THAT SHED INNOCENT BLOOD…” Proverbs 6:16-17

Innocent blood is being shed as Black people are slaughered in the streets.

My White Brothers and Sisters… where are you???