Why isn’t this Obvious to Everyone on the Planet? 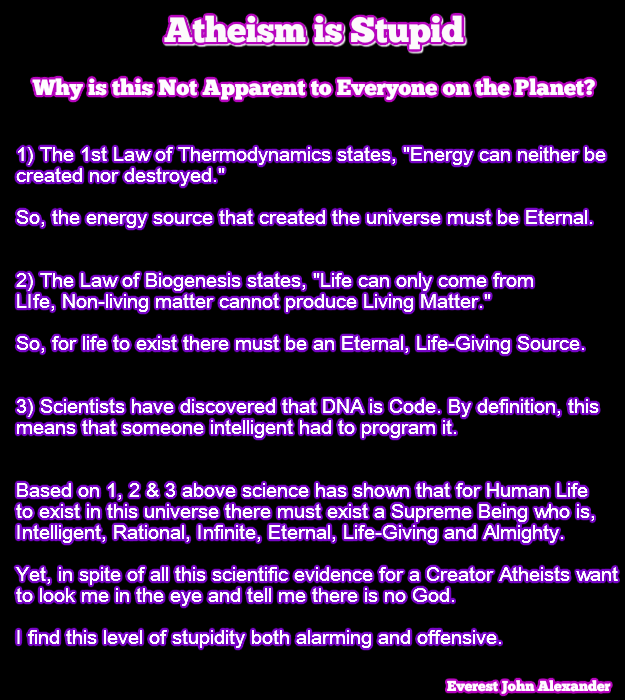 There are 6 different d 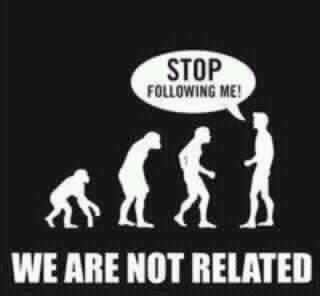 efinitions for the word “Evolution:”

1) Cosmic Evolution – The origin of Time and Space. The Big Bang Theory.

2) Chemical Evolution – The origin of higher elements from Hydrogen.

3) Stellar/Planetary Evolution – The origin of the stars and planets.

4) Organic Evolution – The origin of life.

5) Macro Evolution – Changing of one kind of animal into another.

6) Micro Evolution – Variations within the same kind of living organism

The first 5 of these are completely unfounded, unscientific and untrue and the last one is not evolution at all but merely variation or adaptation.

In responding to the question of evolution, first off, it is illogical and unreasonable to believe that we can make something from nothing.

Nothing, can only create more “Nothing!”

Before the Universe began something must have always existed.

Science states that something is ENERGY! 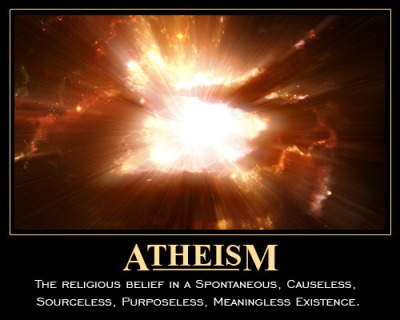 According to the 1st Law of Thermodynamics: “Energy can neither be created nor destroyed.” No beginning nor ending… That’s the definition of Eternal.

The Energy Source that existed before the creation of the universe has to be infinite because according to science the universe is still expanding and growing and already consists of trillions of stars and billions of galaxies.

A separate eternal energy source that exists outside of the universe had to transfer it’s power to create the universe because we know the universe did not always exist..

It’s NOT unreasonable to deduce that this Eternal Energy Source was the Creator God!

Someone once asked me, “What do you think about Evolution?”

My response was, “I believe Atheism is a Religion and The Theory of Evolution is the major Doctrine upon which that Religion is built!”

According to Ray Comfort, (Video #1 below) Evolution is UN-scientific and according to Dr. Kent E. Hovind (Video #3 below) it’s just plain stupid!

Why Evolution is So Stupid – Dr. Kent E. Hovind