5 Things Everyone Urgently Needs to Know

5 Facts to Know Before You Leave Earth

1. Evolution never has been and cannot be proven scientifically.

The Scientific Method states that Hypotheses must be observed and measured before they can be considered factually accurate.

The Theory of Evolution, as a Hypothesis cannot be observed nor measured therefore it cannot be quantified scientifically.

It is rather, a belief system that must be taken on faith, and based on the stark lack of verifiable evidence, blind faith at that.

2. Atheism is a temporary delusional condition.

It’s a delusion for several reasons, two of which are listed below:

A. The Law of Biogenesis states that life must come from life, therefore the First Cause of life in the universe must be, not only a Living Entity but an Eternal Life-giving Entity.

B. Human DNA has been classified as code or information which, by nature must be sourced from an Intelligent Mind.

These two points alone confirm that Human Life must have originated from an Eternal Life-giving Entity with an Intelligent Mind… Now, who does that sound like so far?

Atheism is temporary because at Judgement every knee will bow and every tongue will confess that Jesus Christ is Lord. Philippians 2:10-11

3. The Bible is the only historically and scientifically accurate text that promises the assurance of, and clearly defines the path to Eternal Salvation.

The Bible’s prophetic accuracy, the continuity of it’s text between the Old and New Testaments and the macro and micro codes such as, Equidistant Letter Sequences (ELS) discovered throughout it’s pages confirm it could only have been sourced from and originated in a Divine Mind that exists outside the dimensionality of Time.

4. Groups, Clubs or Nations don’t get saved… Only individuals do.

Christianity is a personal experience, it would be error therefore, to judge Christianity only by observing other Christians.

Firstly, not everyone who says they are a Christian really is.

Secondly, even among true Christians it takes many years to mature spiritually enough to consistently and accurately represent Jesus Christ and the Kingdom of God.

However, it is safe to judge Christianity by the life of Jesus Christ and by the Gospel Message itself.

5. At your Judgement when you stand before God there is only one salient question you will be asked… What did you do with the free gift of Salvation?

There will be no reasoning, no negotiating, no pleading… Indeed, the “right time” is now. Today is the day of salvation. 2nd Corinthians 6:2

For more information about what true Christianity really is visit: DoesChristianityMakeSense.com

Can Someone Who Has Never Heard the Gospel of Jesus Christ be Saved?

The saving work of the cross of Jesus Christ is both Eternal and Powerful. It transcends time, space and circumstance.

The Bible says, “And being made perfect, he (Jesus) became the author of eternal salvation… Hebrews 5:9

Paul said, “I am not ashamed of the gospel, because it is the power of God for salvation to everyone who believes…” Romans 1:16

It is eternal and powerful.

Abraham, Moses, Noah and every Old Testament saint is saved because the redemption Jesus purchased at the cross is an eternal work which traversed time and was applied to each of their lives, imparting salvation to them in their own time period.

Though they all lived and died before Jesus was born, it is still because of His death, burial and resurrection that they could all be forgiven for their Sin.

When each of them individually expressed saving faith, God the Father looked forward in time, saw Jesus’ finished work and applied the benefits to each of them in their respective time and place.

The key to each of them accessing salvation is that they each expressed personal faith in the revelation of God the Father as He revealed Himself to each of them in their time.

This is the same principle which allows present-day people to be saved who have never heard the Gospel of Jesus Christ.

Someone who lives in a remote part of the earth, for instance, who never hears the Gospel can be saved depending on how they respond to the revelation of God the Father through His Creation.

The Bible says, The heavens keep telling the wonders of God, and the skies declare what he has done. 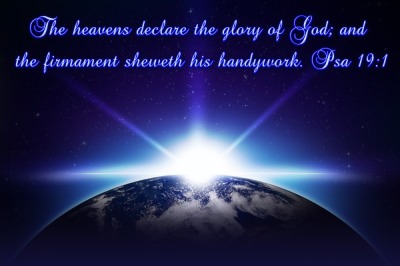 Each day informs the following day; each night announces to the next. They don’t speak a word, and there is never the sound of a voice. Yet their message reaches all the earth, and it travels around the world. Psalms 19:1-4 (CEV)

These scriptures explain that God uses the revelation of Himself through nature to communicate His being and character to those who cannot hear the Gospel and know His revelation through Jesus Christ, His Son.

He does this to make sure that no one has an excuse for rejecting Him and the salvation He freely offers.

That’s why Paul said, “They know everything that can be known about God, because God has shown it all to them. God’s eternal power and character cannot be seen. But from the beginning of creation, God has shown what these are like by all he has made. That’s why those people don’t have any excuse. Romans 1:19-20 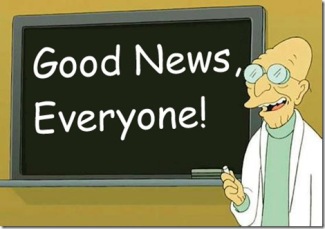 God they disqualify themselves for God’s saving Grace through Jesus Christ.

On the other hand, when anyone turns in faith toward God through His Self-revelation in Creation this individual qualifies his or herself for the same salvation that you and I experience through faith in the Gospel of Jesus Christ.

Receiving Grace for salvation does not depend on you repeating the Sinner’s Prayer like if it were a religious formula.

It actually depends on your heart’s response to the personal revelation of God to you.

In considering this concept it is important to note that Jesus never claimed to be the Destination… Only The Way!

If He is “The Way” then someone else must be “The Destination” and that’s who Jesus was and is still pointing lost humanity to… God the Father – He is the Destination! 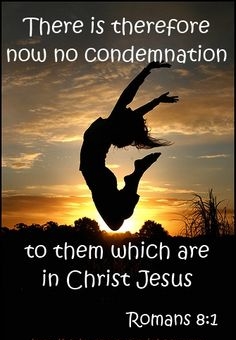 That’s why someone who never heard the Gospel of Jesus Christ can still be saved.

It all depends on how he responds to the personal revelation of God the Father to him.

Jesus’ job is to reveal God the Father to fallen man so that if he responds to God’s outstretched Arm of salvation in faith, he will be saved.

God the Father finds His fullest and truest expression in the life and person of Jesus Christ, the Son.

That’s why Jesus said to Phillip, “You’ve been with me all this time, Philip, and you still don’t understand? To see me is to see the Father. So how can you ask, ‘Where is the Father?’ Don’t you believe that I am in the Father and the Father is in me? The words that I speak to you aren’t mere words. I don’t just make them up on my own. The Father who resides in me crafts each word into a divine act.” John 14:8-10 (TMB)

In one context, Jesus is the means to an End… God the Father is that End!

And for those who don’t have access to the Good News about Jesus, God the Father uses His natural creation to reveal Himself and His saving Grace to them.

In that case, Creation is the means to the End… but God the Father is still that same End!

Salvation means arriving safely back into the secure and loving arms of God our Father… and Jesus is the means to get there.

This does NOT mean that Jesus has a subservient role to that of The father or that He is somehow less than Him. It’s simply a matter of the different Offices of the Trinity.

Each has a specific function and a specific role but each is equally God Almighty, Creator of Heaven and Earth.

To confirm this the Bible says about Jesus, “All things were made by him; and without him was not any thing made that was made.” John 1:3

This scripture states that Jesus created everything, so when a heathen responds in faith to the revelation of God through creation he is still responding to the person and work of the Lord Jesus Christ.

The Bible further says, “For by him were all things created, that are in heaven, and that are in earth, visible and invisible, whether they be thrones, or dominions, or principalities, or powers: all things were created by him, and for him.” Colossians 1:16

These scriptures clearly confirm that when someone in a remote part of the earth who never heard about Jesus responds in faith to the revelation of God through His natural creation that person is, in fact still responding to the revelatory work of the Lord Jesus Christ.

Jesus is still the Way pointing that person to the Father’s heart.

It is of crucial importance to note that even though someone may be saved without actually hearing the message of the Cross… NO ONE CAN BE SAVED WITHOUT THE WORK OF THE CROSS!

There is a distinct difference between the two.

This is why I began by explaining that the work of the cross is eternal… it transcends both time and space.
Someone may not be able to actually hear or understand the saving MESSAGE of the Cross but once that person responds in faith to their personal revelation of God it is still the WORK of the cross that must be applied to their lives to save them.

Through no fault of their own someone may be separated by time, space or circumstance from hearing or understanding the Gospel of Jesus Christ, e.g.

Separated by Time – Old Testament Saints born before Jesus died on the cross.

Separated by Space – Someone living in a remote part of the earth who dies without ever hearing the Gospel.

Separated by Circumstance – The Hearing Impaired (literally cannot hear), The Mentally Challenged, Babies and very young Children (who do not have the mental capacity to understand the Gospel message and so, cannot respond to it).

The bottom line is that this information explains the all-encompassing power in the redemptive work of Jesus Christ and stands as a testament to the abundant, unconditional Grace of God to reach even the unreachable with the saving power of His Cross!